Welcome to Yōkai Hunters Club. A rules-light TTRPG about hunting down mythological Japanese creatures known as yōkai in the hot summer of 1995 with your friends.

Yokai Hunters Club is a self-contained tool for any Storyteller to create a small sleepy Japanese summer adventure to regain something lost.

Something was taken from the players. Each of them friends within a small neighbourhood. But as the hot summer days turned to hot summer nights something was stolen by Yōkai.

A younger brother? Whatever it may be, it's up to the kids to save the day! But better do it fast, the shadows are lengthening and if night comes, they could be cursed or worse, spirited away to the world of yōkai, never to be seen again.

That's well and good, but how do you get your stuff back!?

Yōkai Hunters Club is a tool for Storytellers to create their own small Japanese town for players to explore and search during an unforgettable summer adventure. Designing everything from the sleepy hills near the back of town to the thick cicada filled forest near the creek and the old mossy shrine hidden within.

And Yōkai. Don't forget the Yōkai. Hiding inside every nook and cranny of the town are Japanese spirits. Under bridges and inside old abandoned trainsheds as the players hunt them down, searching for the one who took something from them.

Yōkai Hunters Club also uses a unique Pool System, designating D6 from a pool of dice specific to your character into checks and skills. This also represents the players health, giving across the act of tiring yourself out as you complete strenious actions.

Decide to thwack a possessed lantern with your baseball bat? Might not be able to climb that tall fence later on.

Players will need a writing utensil, a character sheet, a D6, a pad of paper, their imaginations, and this guide to hunting yōkai.

In order to download this ttrpg you must purchase it at or above the minimum price of $15 USD. You will get access to the following files: 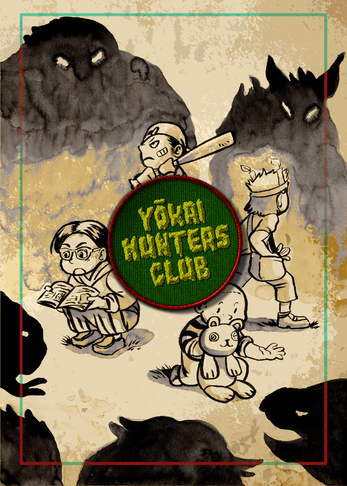 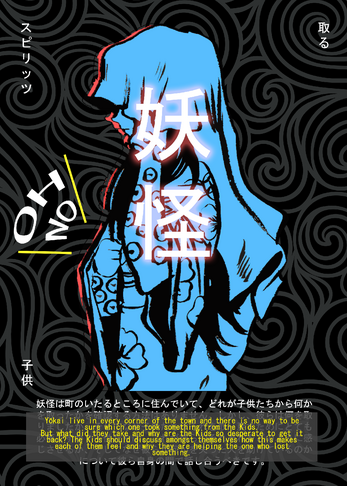 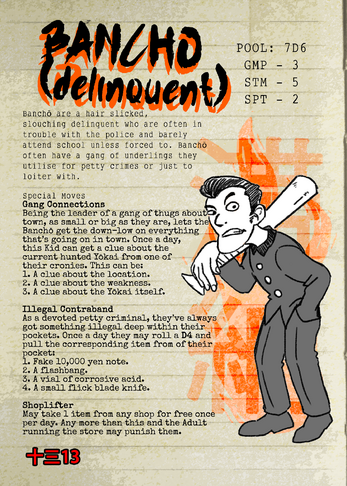 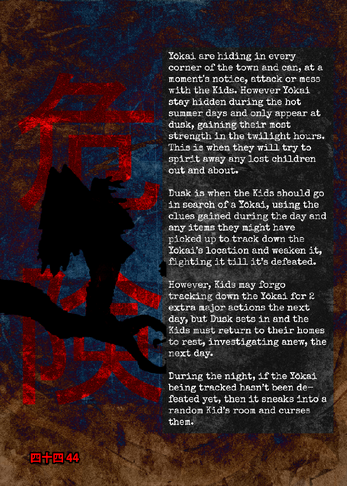